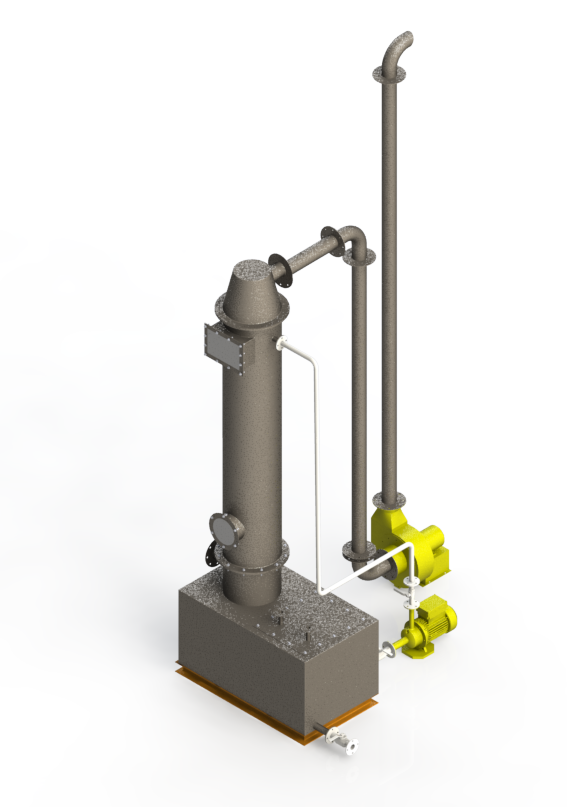 Sulfuric acid is a highly corrosive substance that can damage and destroy human tissues. Its vapor, however, is strongly irritant to the respiratory tract and can cause severe pulmonary edema which could prove fatal.

Chemistry of H2SO4 reaction with NaOH

Na2SO4 is the salt sodium sulfate.

Wet Sulfuric Acid Scrubbers can vary widely in terms of size and design.  Factors must be considered, including:

We introduce ourselves “DRIZGAS TECH PVT LTD” as an organization, committed to provide quality product and services for air pollution control with excellent performance.